Why is decentralized currency better? 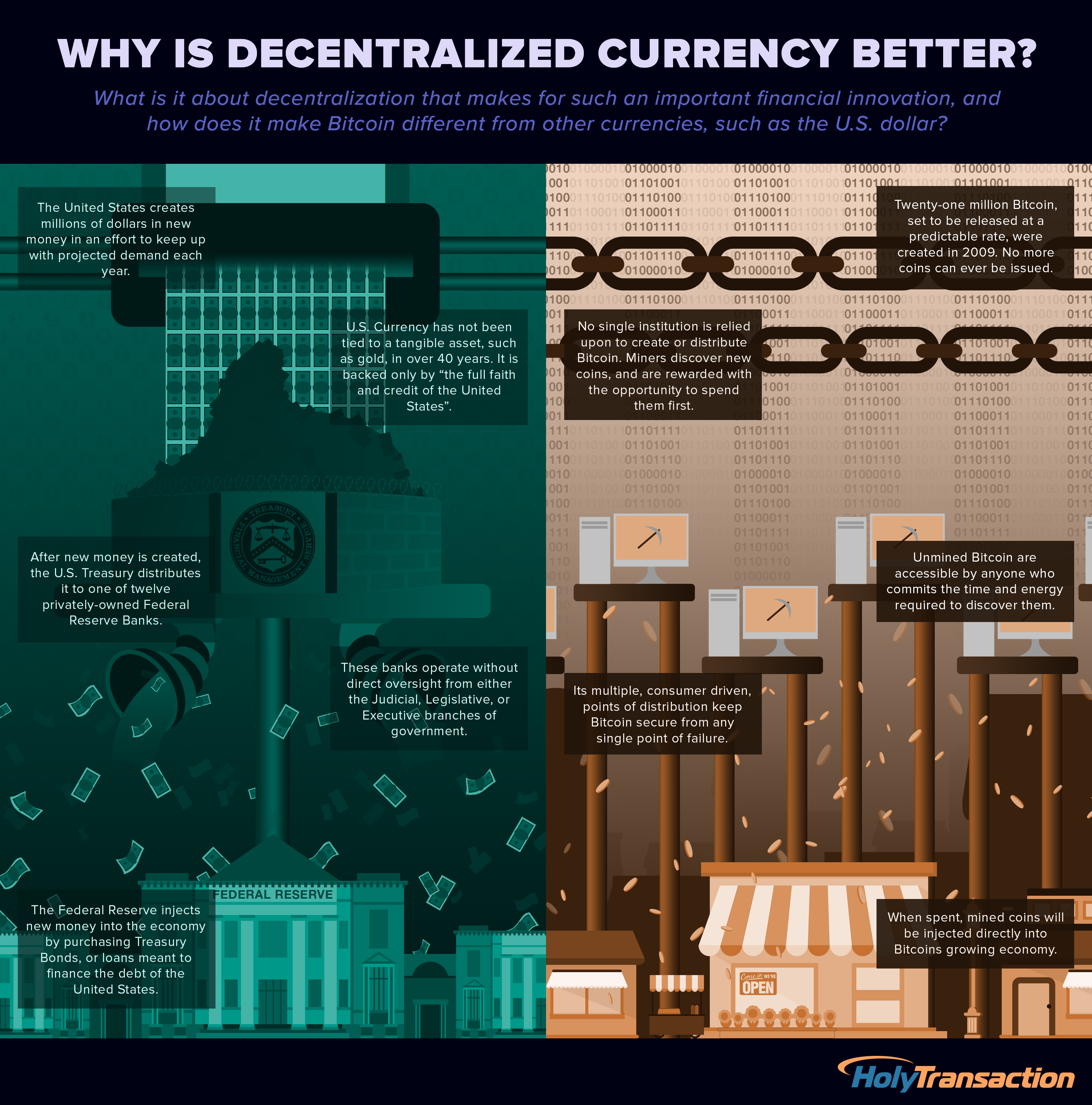 What is it about decentralization that makes for such an important financial innovation, and
how does it make Bitcoin different from other currencies, such as the U.S. dollar?

The United States creates millions of dollars in new money in an effort to keep up with projected demand each year.

U.S. Currency has not been tied to a tangible asset, such as gold, in over 40 years. It is backed only by “the full faith and credit of the United States”.

After new money is created, the U.S. Treasury distributes it to one of twelve privately-owned Federal Reserve Banks.

These banks operate without direct oversight from either the Judicial, Legislative, or Executive branches of government.

The Federal Reserve injects new money into the economy by purchasing Treasury Bonds, or loans meant to  finance the debt of the United States.

Twenty-one million Bitcoin, set to be released at a predictable rate, were
created in 2009. No more coins can ever be issued.

No single institution is relied upon to create or distribute Bitcoin. Miners discover new coins, and are rewarded with the opportunity to spend them first.

Unmined Bitcoin are accessible by anyone who commits the time and energy required to discover them.

Its multiple, consumer driven, points of distribution keep Bitcoin secure from any single point of failure.

When spent, mined coins will be injected directly into Bitcoins growing economy.