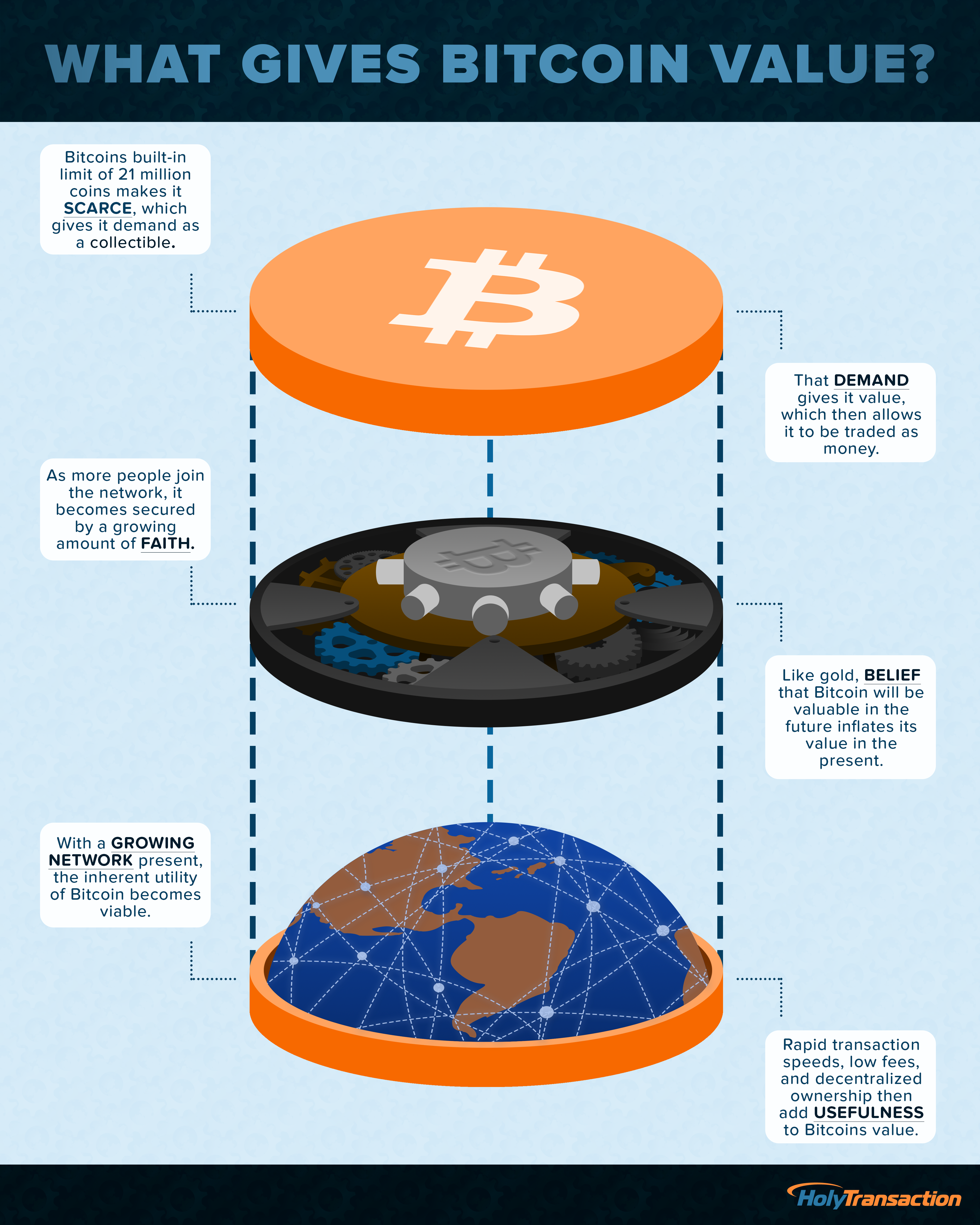 WHAT GIVES BITCOIN VALUE?
Bitcoins built-in limit of 21 million coins makes it SCARCE, which gives it demand as a collectible.

That DEMAND gives it value, which then allows it to be traded as money.

As more people join the network, it becomes secured by a growing amount of FAITH.

Like gold, BELIEF that Bitcoin will be valuable in the future inflates its value in the present.

With a growing network present, the inherent utility of Bitcoin becomes viable.