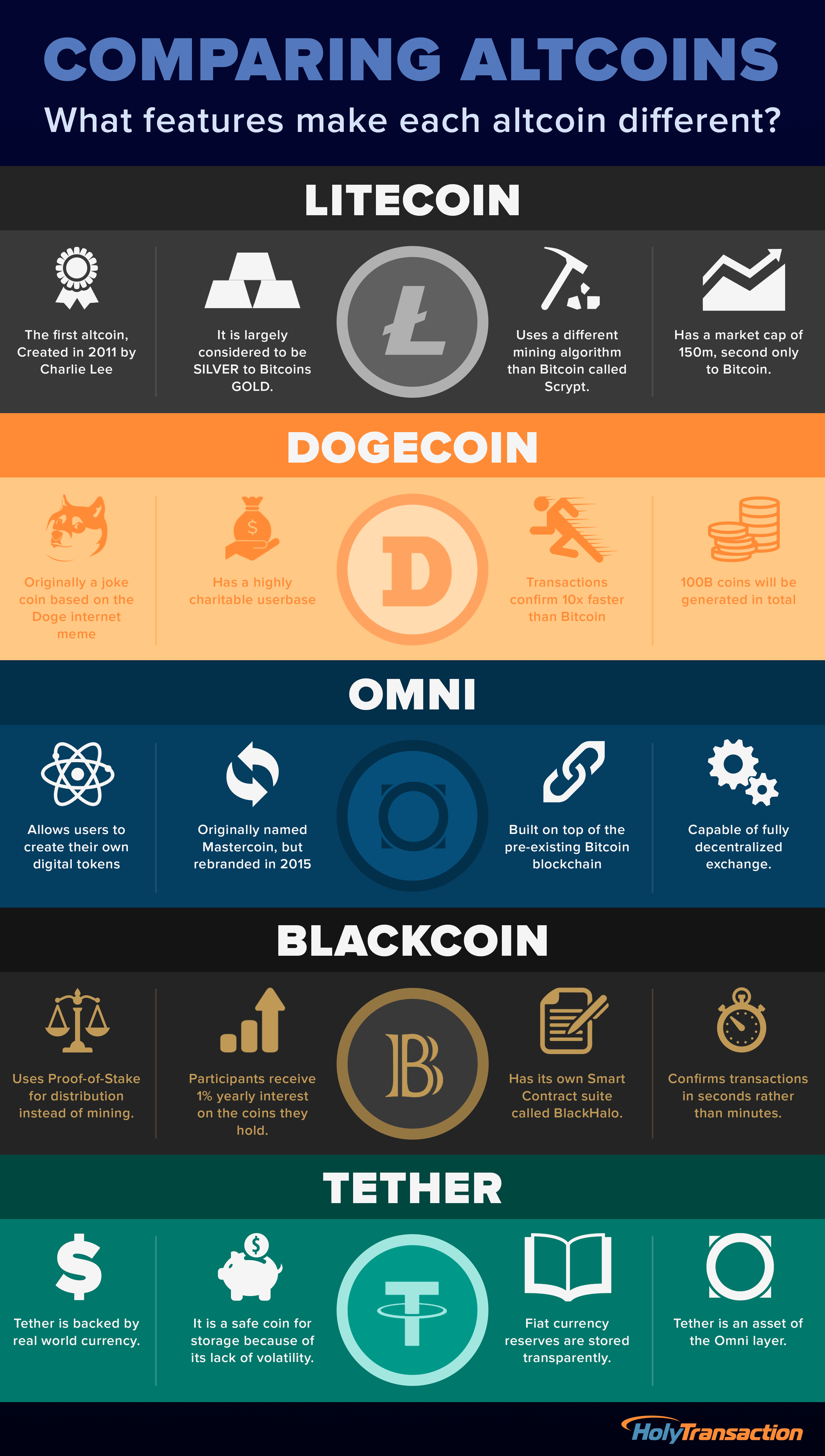 What features make each altcoin different?

LITECOIN
The first altcoin, Created in 2011 by Charlie Lee
It is largely considered to be SILVER to Bitcoins GOLD.
Uses a different mining algorithm than Bitcoin called Scrypt.
Has a market cap of 150m, second only to Bitcoin.

OMNI
Allows users to create their own digital tokens
Originally named Mastercoin, but rebranded in 2015
Built on top of the pre-existing Bitcoin blockchain
Capable of fully decentralized exchange.

BLACKCOIN
Uses Proof-of-Stake for distribution instead of mining.
Participants receive 1% yearly interest on the coins they hold.
Has its own Smart Contract suite called BlackHalo.
Confirms transactions in seconds rather than minutes.

TETHER
Tether is backed by real world currency.
It is a safe coin for storage because of its lack of volatility.
Fiat currency reserves are stored transparently.
Tether is an asset of the Omni layer.