Bitcoin vs XT: What is the Block Size debate? 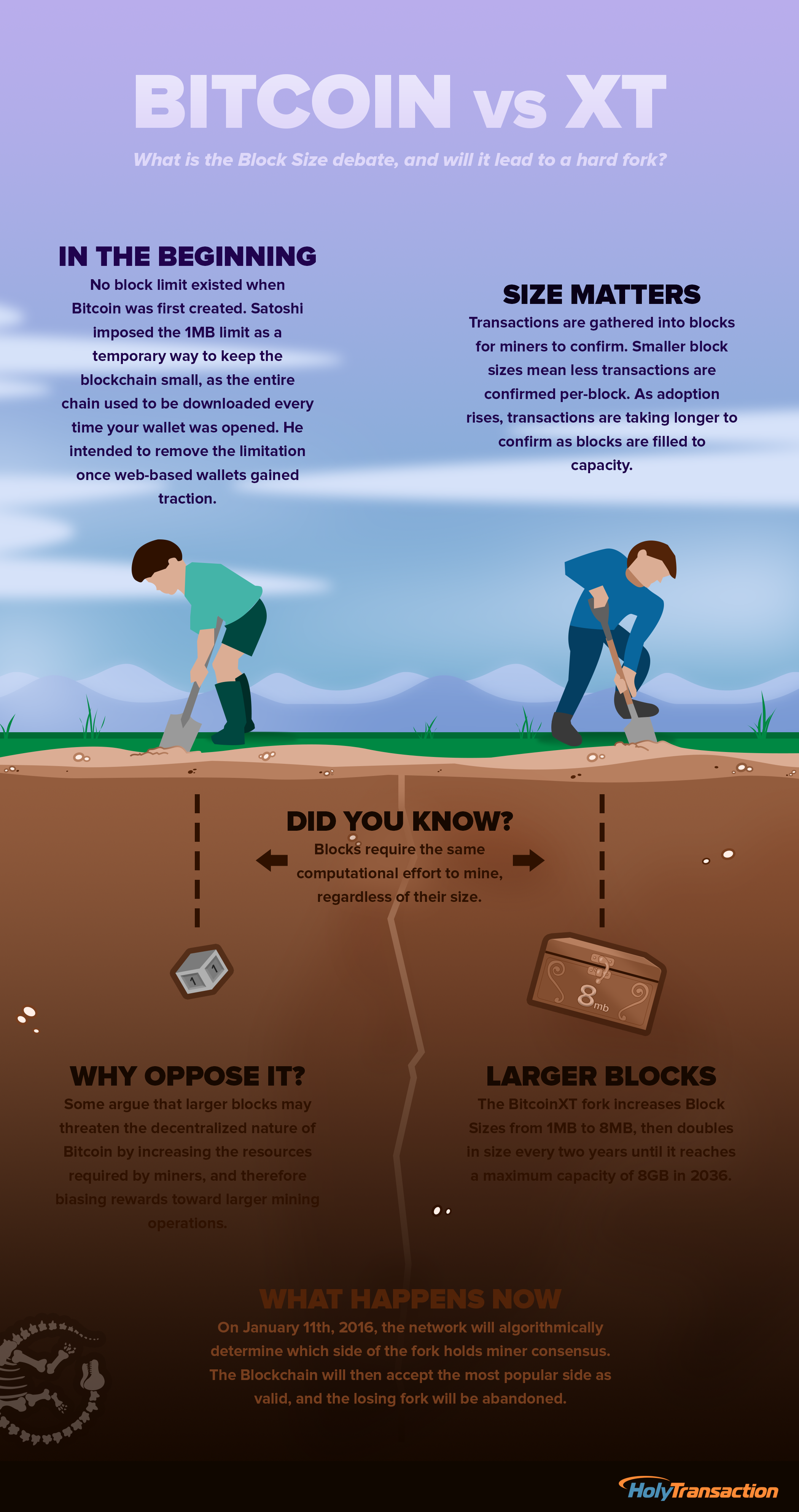 IN THE BEGINNING
No block limit existed when Bitcoin was first created. Satoshi imposed the 1MB limit as a temporary way to keep the blockchain small, as the entire chain used to be downloaded every time your wallet was opened. He intended to remove the limitation once web-based wallets gained traction.

DID YOU KNOW?
Blocks require the same computational effort to mine, regardless of their size.

WHY OPPOSE IT?
Some argue that larger blocks may threaten the decentralized nature of Bitcoin by increasing the resources required by miners, and therefore biasing rewards toward larger mining operations.

LARGER BLOCKS
The BitcoinXT fork increases Block Sizes from 1MB to 8MB, then doubles in size every two years until it reaches a maximum capacity of 8GB in 2036.

WHAT HAPPENS NOW
On January 11th, 2016, the network will algorithmically determine which side of the fork holds miner consensus. The Blockchain will then accept the most popular side as valid, and the losing fork will be abandoned.