A Basic Overview of Storage Practices 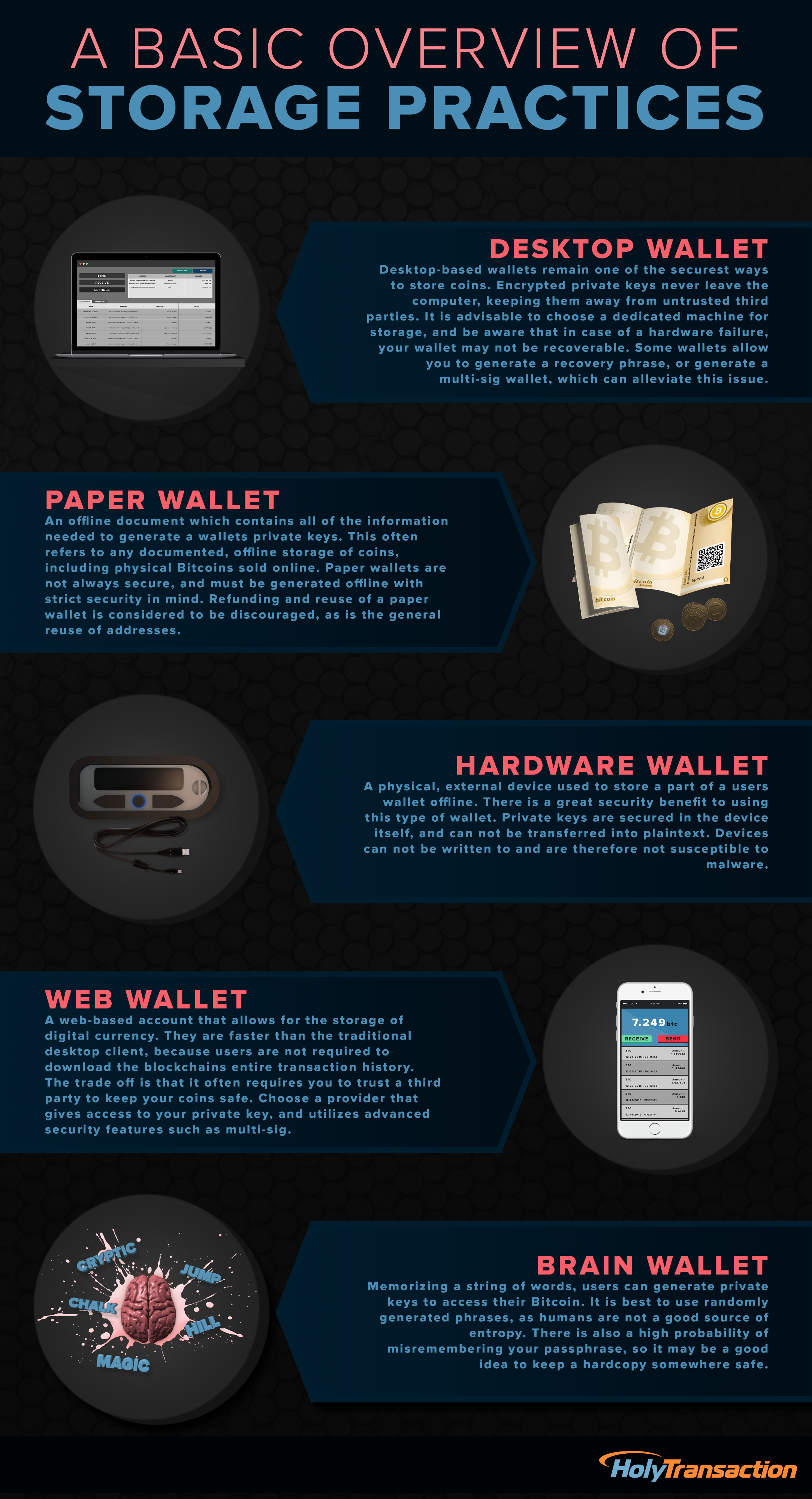 DESKTOP WALLET
Desktop-based wallets remain one of the securest ways to store coins. Encrypted private keys never leave the computer, keeping them away from untrusted third parties. It is advisable to choose a dedicated machine for storage, and be aware that in case of a hardware failure, your wallet may not be recoverable. Some wallets allow you to generate a recovery phrase, or generate a multi-sig wallet, which can alleviate this issue.

PAPER WALLET
An offline document which contains all of the information needed to generate a wallets private keys. This often refers to any documented, offline storage of coins,
including physical Bitcoins sold online. Paper wallets are not always secure, and must be generated offline with strict security in mind. Refunding and reuse of a paper wallet is considered to be discouraged, as is the general reuse of addresses.

HARDWARE WALLET
A physical, external device used to store a part of a users wallet offline. There is a great security benefit to using this type of wallet. Private keys are secured in the device itself, and can not be transferred into plaintext. Devices can not be written to and are therefore not susceptible to malware.

WEB WALLET
A web-based account that allows for the storage of digital currency. They are faster than the traditional desktop client, because users are not required to download the blockchains entire transaction history.
The trade off is that it often requires you to trust a third party to keep your coins safe. Choose a provider that gives access to your private key, and utilizes advanced security features such as multi-sig.

BRAIN WALLET
Memorizing a string of words, users can generate private keys to access their Bitcoin. It is best to use randomly generated phrases, as humans are not a good source of entropy. There is also a high probability of misremembering your passphrase, so it may be a good idea to keep a hardcopy somewhere safe.